Football is very lucrative and world most followed sports. The African continent has come of age in football sports and boosts of some of world finest football players. 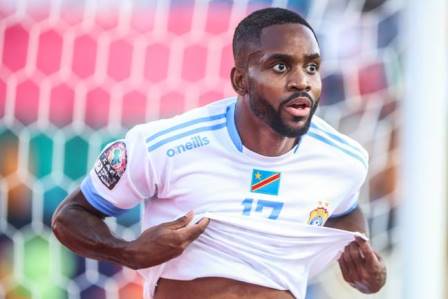 Every day, in Africa, new talents are born, and these African players keeps writing their names in history of the game while representing some of the world biggest clubs.

Some of African biggest soccer stars are assets for their clubs and are offered mouthwatering deals for their services.

Some of these top African players ply their trade in Europe and Gulf. In this post, Nigerian Informer have compiled list of five highest football earners from African continent.

Cedric Bakambu broke the record of African most expensive player in the year 2018, when he joined Chinese football club, Beijing Guoan in 2018 for a fee of £65 million from La liga side, Villarreal.

The Democratic Republic of Congo international leads the list of highest paid African footballers with a weekly wage of £307,000.

Egyptian and Liverpool attacker is second highest earning African footballers with a weekly wage of £200,000.

The Egyptian forward is considered the best Liverpool player and form a lethal attack with Roberto Firmino and Sadio Mane for the reds.

Third on the list is Manchester city forward Riyah Mahrez who earns same wage as Mohammed Salah. The Moroccan international goes home every week with £200,000.

Arsenal forward and Gabonese international, Pierre-Emerick Aubameyang, is fourth on the list of African top football earners with a weekly wage of £198,000.

However, the former Salzburg forward is set for an improved contract that will see him earn as much as his African counterpart, Mohammed Salah.

Nigerian international Odion Ighalo who was on £300,000 per week salary at Chinese side Shanghai Shenhua, took a massive pay cut to join Manchester United on six months loan on January, 2020 which saw him earn £100,000 per week.