Gone are days when goal keeping is one of the most underrated positions in the game of soccer. 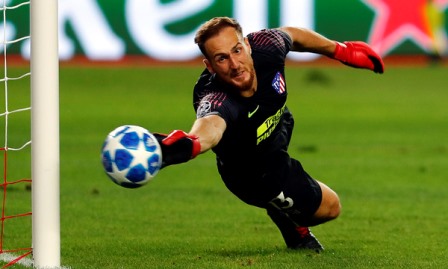 Having a highly talented goalkeeper in between the sticks can help win matches for the team.

Records have been broken on both transfer fees and salary by teams in a bid to bring in top talent goalkeepers.

Evident is goalkeepers being the highest earners in some top European football giants like Manchester United and Atletico Madrid.

In this article, we look at top 5 highest earning football goalkeepers in the world.

Highest Paid Goalkeepers In The World

The former Atletico Madrid number one is not only the highest paid goalkeeper in the world but highest paid Manchester United player.

The Spain international is on £375,000 weekly salary at Manchester United.

Jan Oblak is arguably the best goalkeeper in the world. The Slovenian international has been a sensation at Wanda Metropolitano stadium.

After some seasons of fine performances and great saves, the 6ft tall goalkeeper was rewarded with a mouth-watering deal by Atletico Madrid in 2019 which makes him the best and highest earner among the Atletico Madrid Squad.

Jan Oblak is one of the highest & best paid goalkeepers in the world with weekly salary of £350,000.

Bayern Munich skipper and Germany international Manuel Neuer is regarded as one of the best football goalkeepers in the world.

He is part of Bayern Munich squad that have enjoyed a successful era in recent times. Services of Manuel Neuer doesn’t come cheap as he is paid £259,000 every week.

This is salary that places the Germany football veteran third the the list of best and highest paid football goalkeepers.

The Costa Rican Keeper is one of best paid players in PSG team and entire Ligue 1 with £225,000 per week salary.

Kepa Arrizabalaga, goalkeeper brought in to replace Thibaut Courtois at Chelsea is one of the best paid football goalkeepers in the world.