The shift from agriculture as major source of foreign exchange by Nigerian state led cocoa to losing its place as one of the bedrocks of Nigerian economy. 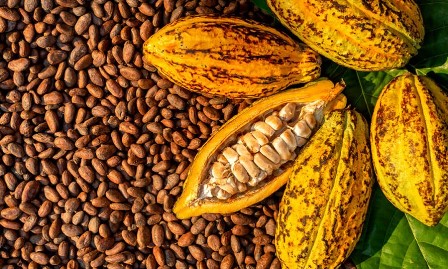 Despite the inadequate attention and negligence of cocoa production by government, the farming and production of cocoa has continued in Nigeria though not in large scale especially by individual farmers.

Huge negligence of cocoa farming and production has continually led to poor contribution of cocoa production to Nigeria’s GDP with merely 0.05% in 2016.

Nigeria is one of the biggest cocoa producers in west Africa. According to a report by makechocolatefair.org, 70% of world’s cocoa beans come from four west African countries of Ivory coast, Ghana, Nigeria and Cameroon.

In Nigeria, cocoa is grown in southern part of the country as a result of the favorable soil and climate condition.

Notwithstanding many years of cocoa farming and production in Nigeria, more than 80% of cocoa produced in Nigeria are exported as cocoa beans and unprocessed.

This shows that the country is yet to capitalize on production of cocoa despite many years of farming.

In this article, Nigerian Informer will be listing some of the largest and top cocoa producing states in Nigeria.

Ondo State in south west Nigeria remain the biggest and largest cocoa producers in Nigeria with an output capacity of about 77,000 tons per annum.

Cocoa farming in Ondo is predominantly carried out by Men farmers who operate either on inherited land or hired/purchased land.

Osun State is one of the largest cocoa producing states in Nigeria with about 70000 tonnes capacity production per annum.

A report by Businessday.ng shows that the state annual produced above 65,000 metric tons of cocoa beans.

Oyo state is considered the second largest cocoa producing state in south west Nigeria. In Oyo state, cocoa is cultivated across all 33 local government areas of the state.

Ogun state also in western Nigeria is a top cocoa producing state in Nigeria. Cocoa plantations is very visible in the state. It is one of the most farmed crops in the region.

Other Top Cocoa Producing States Include