In the words of former governor of Anambra State and one of Nigerian’s finest politicians, Mr. Peter Obi, tertiary education is highly subsidized in Nigeria especially in government owned universities. 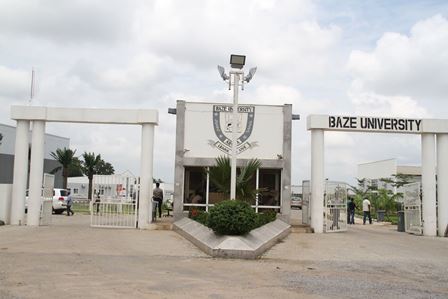 To buttress this point, an average tuition fee for tertiary education in USA is N9 million per annum.

It is a fact that quality education doesn’t come cheap, hence different governments of Nigeria both federal and state had to get actively involved in tertiary education in the country as a result of widespread poverty.

Tuition fees for government universities in Nigeria are some of the cheapest in Africa and across the world.

The list of most expensive universities in Nigeria is dominated by private universities. At these universities, tuition fees for a session can cover the entire study period of a student in government owned university in Nigeria.

Most Nigerian parents perceive private universities as being better equipped with both study materials and tutors. How true is the notion will be is a story for another day.

In this article, Nigerian Informer will be listing top 10 most expensive universities in Nigeria.

Most Expensive Universities In Nigeria

American University of Nigeria located in Yola is one of the most expensive universities in Nigeria and west Africa.

Closely following American University of Nigeria is Baze University situated at Abuja. The university established in 2011 charges between ₦2.5 million to ₦2.2 million for its tuition fee annually.

Students pay according to their course of study. Law students are some of the highest paying students in the university.

Students of Nile University Abuja are some of the highest paying students in Nigeria. Tuition fee for Nile University ranges between ₦2.4 million to ₦1.7 million for every session. Students of the university pay according to their faculties.

Afe Babalola University, Ado Ekiti, named after one of Nigerian’s great scholars charges between ₦2.1 million to N500,000 to its students for tuition depending on their course of study. Students of medicine pay ₦2 million and more.

Benson Idahosa University bills as high as ₦1.5 million for its tuition fee per session. They are one of the oldest private and reputable private universities in Nigeria.

Medical students of the noble institution pay as high as ₦2 million while other students of other discipline pay an average of ₦600,000.