States With Highest Population in Nigeria

Nigeria is a country that has about 200 million people. This number puts it out as the most populous country in Africa. 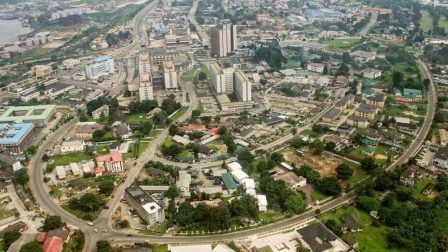 It is expected that the total number of people doubles by 2050 to about 400 million people. Abuja, the nation’s capital ranks as the 15th most populous state in Nigeria.

The major factors that have contributed to the spike in the population of Nigeria are early marriages (which occur mostly in the North), high birth rate and lack of family planning by husbands and wives and the life expentacy in Nigeria is incredibly low. Looking at all of these, the states that are considered to have the highest population in Nigeria are:
Kano State, Lagos State, Oyo State, Katsina State, Rivers State, Bauchi State, Anambra State, Jigawa State, Benue State and Kaduna State.

Lagos State, whose capital city is Ikeja, is the most developed state in Nigeria. The name “Lagos” was gotten from Portuguese language which means Lakes.

It is known as the commercial hub state in Nigeria and it is also a beautiful state. During the 2006 census, 7,682,953 people were recorded to be living in Lagos but as of the 2012, the total number of people increased to 17.5 million. Presently, Lagos has about 21 million residents. This population makes Lagos the most populated state in Nigeria.

Kano State, whose city is Kano, is the state with second most number of people in Nigeria. Population of Kano state is a total number of 13 million residents.

This state was created 27th of May 1967. It is popularily known as the producer of ginger, cotton, maize, rice and millet. It is the second most populous state in Nigeria.

As of 2006, Kano was recorded to have about 9,383,682 total number of people but as of the 2016 census, over 16 million people were recorded which means there was a large increase. Although it still lost its place as number one, making Lagos the top as of now. It is majorly populated by Hausas.

Coming up third in the list of states with highest population in Nigeria is Oyo state, whose city is Ibadan.

It has remained in that position ever since. The current number of people residing in Ibadan is said to be about 15 million.

Kaduna State, the capital of Kaduna, is the fourth populous state in Nigeria. It is majorly dominated by Hausa and Fulani ethnic group.

It boasts of many numbers of institutions. It is in the Northern-Western hemisphere. As of the 2006 census, Kaduna recorded 6 million residents, but it now boasts of 12 million. It has 23 local government with over 60 tribes in the State.

This state was created on the 27th of May 1967 and it is bordered by many Eastern states such as Anambra, Abia, Imo, Akwa-Ibom, Delta and Bayelsa States.

Even though there is massive oil production in this state, it is known to be populated with about a total number of 11 million people. As at the 2006 census report, it recorded just 5 million total number of people.

Katsina State comes up as the 6th most populous state in Nigeria. This state has two president origins which are Late Yar’adua and current president, President Buhari.

The state was created by Gen. Ibrahim Babangida in the year 1988 and it was a part of Kaduna state then. It is located around the Nothern-Eastern area.

It was taken out of Kaduna State and it is dominated by majorly Hausas. The state is a Muslim dominated state in Nigeria, but some churches can still be found, most especially The Reedeemed Christian Church of God and The Roman Catholic Church. It has over 10 million total number of people.

Bauchi State comes in 7th as the most populous state in Nigeria. It was created in 1976 and Gombe state was taken out of it in 1996.

There are majorly Hausas in this state with over 50 tribes. The population was a little bit over 4 million after the 2006 census but now it has gotten up to over 9 million people. Although, it is still a poor state. It is one of the highly populated states in Nigeria.

Anambra State capital is Awka. Anambra is a centre of trading activities with Onitsha and Nnewi being the two cities with the highest trading and business activities.

It is dominated mostly by Igbos. After the 2006 census, the state recorded 4 million total number of people, but it has doubled and increased to 8.3 million people. It is the most populous state amongst the Eastern states i.e Anambra state is the state with highest population in southeast.

Another highly populated state in Nigeria is Jigawa State is. It is dominated by Hausas and Fulani, a bit like Kaduna state. This state was created from Kano state and it is in the Northern part of Nigeria.

Benue state’s capital city is Makurdi. Benue state is known for its large food production just like its slogan states ” Food Basket of the Nation”.

The population of Benue is reducing because of the insecurity and Fulani Herdsmen but it still has an average of 7.8 million people which places it among top populated states in Nigeria.

This number was previously 4.2 million after the 2006 census. The state is in the middle belt of Nigeria.

These states are the highest populated out of all 36 states in Nigeria and are different in their own ways. They each are unique because they have various things people can go there for and produce a lot of natural resources that has boosted Nigeria economically.

Census is done every six years to determine the population of the country. The last one was 2016 but was moved, because of economic crisis, to 2018. It is hopeful that as these numbers keep increasing, the economic keeps getting better.