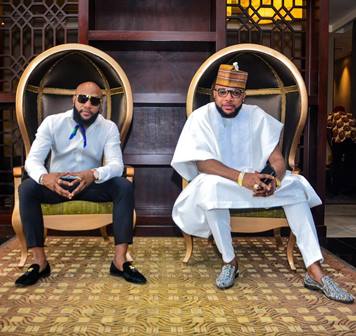 In terms of human resources, the state is the light of Nigeria. The state has produced so many national heroes and personalities in various fields and walks of life.

The state has produced individuals who have distinguished themselves in different fields, ranging from politics, academics, science, sports and entertainment.

In a bid to keep our audience informed, in this post, Nigerian Informer will be discussing top musicians and entertainers from Anambra state.

Here, we will be looking at artists with national outlook i.e. musicians that their works and influence cuts across Nigeria.

Rudeboy is one of the members of defunct singing twin brothers Psquare. He was born Paul Okoye and hails from Ifitedunu town in Anambra State.

He was raised in Jos with his brothers before music took him to Nigeria entertainment hub, Lagos.

Rudeboy is one of Nigerian’s biggest RnB singers and has some top artistic works both during his Psquare days and now.

The handsome singer is married with kids. He has also picked up some mouth-watering endorsements.

However, the soft singer hails from Umunze town in Anambra State. Flavour is one of the biggest brands in Nigeria music industry.

The singer has many top music hits to his credits and have picked up some top awards while also performing in some top shows and bagging top endorsement deals.

Peter Okoye who is also known by his stage name, Mr. P is one of brother of defunct singing twin brothers known as Psquare.

The muscular singer hails from Ifitedunu in Anambra State Nigeria.

One of top Nigerian music producers is Dj Coublon. However, not many music fans know that the fair looking producer is from Anambra state and hails from Adazi Nnukwu town.

He was born Akwuba Charles Ugochukwu but popularly known as Dj Coublon. The 31 years old producer is the producer behind some of Nigeria’s hottest jams like Kizz Daniel’s Woju and Laye.

Kcee, the Limpopo master who is the face of Five Star Music owned by billionaire Emeka Okonkwo is a native of Uli in Anambra State.

The singer is brother to Five Star Music CEO Emeka Okonkwo. Kcee is a renowned Nigerian singer who took his fame to another level with his bang track “Limpopo”.

The singing brothers has worked with Flavour, Phyno and other top artists. Many music lovers believe that their best is yet to come. The singing duo hails from Nteje town in Anambra State.

Chibuzor Azubuike aka Phyno is a Nigerian rapper and singer who hails from Awka in Anambra State.

The rapper is popularly regarded as Igbo version of Yoruba Olamide. Through his record label, Pent Hauze, Phyno has released many top music Albums and is one of Nigeria biggest music brands now.

Nnenna Okechukwu Emmanuel aka Slow Dog or Slow Diggy is a Nigerian hip hop rapper who is based in Enugu.

The rapper hails from Awkuzu in Anambra State. He has been in the industry for over two decades and has worked with top artists like Flavour, Phyno, Mr. Raw among others.

Slow Dog is one of Southeast most popular music artists. Respect to “Okpotokpo nwa” as he is also called.

The 28 years old artist is fast rising in Nigeria music industry and has worked closely with Flavour, Yemi Alade, Phyno and host of other top artists.

Nwaozo Obiajulu also known by his stage name Mc Loph is a Nigerian rapper and singer who hails from Anambra state and Umunze town precisely.

The rapper has his life and career cut short by motor accident in the year 2011. He will not be forgotten so soon because of his great artistic works especially remix of Osondi Owendi featuring Mr. Flavour.