It is not surprising the rate at which music record labels grows in Nigeria. Nigeria music industry is the biggest in Africa and have stood very tall among its global counterparts. 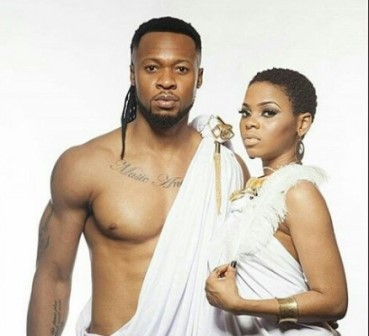 Nigeria music artists and stars hardly stick too long with the music labels that brought them to fame.

The cause of the above situation has been a lingering topic in music industry.

Some people blame the trend on greed and inability to honor agreements on the part of record owners while others put it on lack of loyalty and quest for more money on the part of artists.

That notwithstanding, the role of music record labels in nurturing and grooming music super stars in Nigeria cannot be debated.

Music record labels like Kenis Music and Empire Mates Entertainment, despite not as big and popular as they use to, will continually be remembered by music fans for breeding some of Nigeria music legends like 2Face and Wizkid respectively.

In this era and decade, Nigeria still boost of top music labels that keeps producing Nigerian and world-renowned artists.

In this post, we will be dissecting top biggest music record labels in Nigeria.

Below is the list of most popular music record label in Nigeria.

One of the top music record labels in Nigeria and Africa is Mavin Records.

The music record was founded by Don Jazzy following the end of Mohits Records.

In 2012, after the end of Mohits Records, some of the records super stars moved to join Don Jazzy at Mavin.

Nigerian music queen, Tiwa Savage was also signed to the record. The record is responsible for some of top hits since 2012 till date.

Wande Coal who used to be an artist in the record label has since moved on to launch his own record label known as Black Diamond Record.

Mavin is one of the biggest and most popular record labels in Nigeria and has in its ranks the following artists: Don Jazzy (founder & CEO), Dr. Sid, D’ prince, Korede Bello, Di’ja and a very hot prospect, Rema.

In 2016, David Adeleke popularly known by his stage name, Davido, established his own music record label having left his former record label HNK which he founded alongside his brother Adekunle Adewale.

Some music artists signed to the label includes: Mayorkun, Idowest, Ichaba, Peruzzi, Dremo, Shizzi, Saucekid, Yonda, Lil frosh and Ayanfe who is the newest artist in the record.

The record label is 100% Owned by Davido.

The record is home to some upcoming artists. However, Flavour remain the major and most popular artist in the label.

International DJ Derekz and Semah G weifur are some of the popular members of the record label.

Since launching the label in 2016, Wizkid has remain the major artist in the label despite recruiting some upcoming musicians to the music company.

L. A. X, Maleek Berry and Legendary Beatz are some artists signed to the label.

YBNL which stands for Yahoo Boy No Laptop is a music record label founded by Nigerian rapper, Olamide in 2012.

Some popular music artists that passed through the record includes Lil Kesh, Adekunle Gold and Viktoh.

The label has produced some of Nigeria’s great rap music has the following artists in its rank: Young John, Pheelz, Limerick, DJ Enimoney, Temmie and most recently Fireboy DML.

Chocolate City Stars is a top music record label owned by a Nigerian lawyer, Audu Maikori. The record label is also into other sectors like events planning, advertising and management consulting.

Some of its popular artists includes, Ice prince, Jesse Jagz, Brymo. Renowned rapper M I Abaga who use to be the face of record announced his exit from the label on February 2020.

Five Star Music is a record label based in Nigeria. It is headed by a Nigerian billionaire, Emeka Okonkwo popularly known as E-Money.

Singer Kcee is the face and most popular artist in the label. Harrysong and Skibii are some of artists that used to be on the record label.

The label brought up the likes of Run town, Shugaboi and Flipside. Some of the albums of the record like No Guts no Glory is one of Nigerian’s album of last decade.

Runtown has exited the label in 2013, however the record is still one of the brightest in the country.

960 Music Group is a conglomerate of top music labels. The company is an entertainment giant in Nigeria and manages some of Nigeria top music labels like Hypertek Digital, Aristokrat Records and Ultima Productions.

Nigeria music legends like 2Face and Victoria Uwaifo are part of this music and entertainment company. The company is headed by Mark Redguard and co-founded by Efe Omorogbe.

X3M Music is one of Nigerian’s top music record labels. The record label has artists like Simi, Praiz, D-Truce in its ranks. The label has made name for itself with some Nigeria hot jams.