Despite occasional setbacks always witnessed in the Nigeria banking sector, the sector has grown tremendously well and have recorded positive and great achievements in last two decades. 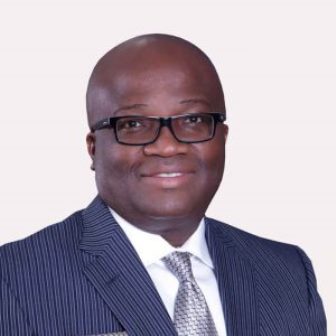 Notwithstanding some turbulent moments witnessed in the sector, some Nigeria commercial banks have stood strong and keep waxing and soaring higher.

These great financial institutions are driven by some of Nigeria’s most innovative, smart and intelligent chief executive officers.

In this post, we will take you round some of top Nigeria’s bank CEOs.

These CEOs through their ideas and guidance, help steer their banks to improved profits, customer base and frontiers.

In this post, Nigerian Informer will be listing top Nigerian banks and their chief executive officers.

They are as well among their richest bank CEOs in Nigeria.

Below is the list of top bank CEOs in Nigeria and how much CEOs in top Nigerian banks earn as salaries.

Herbert Wigwe is the CEO/MD of Access Bank Plc. Herbert will be remembered for some great banking feats like acquisition of two Nigeria top banks, Diamond bank and Intercontinental bank by Access Bank.

The 56 years old CEO has notched up some top banking awards like Thisday Banker of the Decade Award.The graduate of accountancy hails from Isiokpo in Rivers State.

He has raked up some top awards like Most Innovative Banker Award.

Since taking up the position of CEO of GT bank in June 2011, Segun has helped keep the bank in the top echelons of Nigeria financial institutions.

Ebenezer Onyeagwu is the MD/CEO of Zenith bank, one of Nigerian’s top banks.

He has over 20 years banking experience which has been instrumental in his leading and expanding one of Nigerian’s finest banks.

Mr Ebenezer amassed over N264 million as salary for the year 2021.

This puts in in the ranking of the richest banks CEOs in Nigeria.

One of the fastest growing commercial banks in Nigeria is Providus Bank.

Though still highly domicile in south west Nigeria, the bank is exciting.

The bank is being led by an experienced and career banker, Walter Akpani.

Oluwatomi is a super woman. She is the only woman CEO leading top Nigerian banks.

Since its establishment in 2006, Unity bank have survived many banking turbulent moments.

This wouldn’t have been possible without the leadership of Oluwatomi Somefun.

Adesola is a seasoned banker, having started out his banking career with Afribank.

Owing to his antecedents and hard works, he was appointed managing director of First Bank just two years upon joining the financial institution.

Abubakar Suleiman is one of the youngest bank CEOs in Nigeria.

The 47 years old banker since taking over the mantle of leadership at Sterling Bank, have taken some drastic measures to reposition and expand the bank and its customer base.

Ademola has been applying his long years of experience in banking industry in his pursuit of growth in Wema Bank.

He is a seasoned banker with over 28 years of experience.

One of Nigerian’s most successful banks is being run by a former GT bank and UBA employee, Nnamdi Okonkwo.Since his appointment in 2014, he has guided the bank to enviable heights.

One of Africa’s banking giants, United Bank for Africa is being captained by a top banker, Uzoka Kennedy. He assumed this position since 2016.