There are many celebrities and top personalities that originated from Ogun State. Some of whom are into politics and some are into music, photography and fashion. 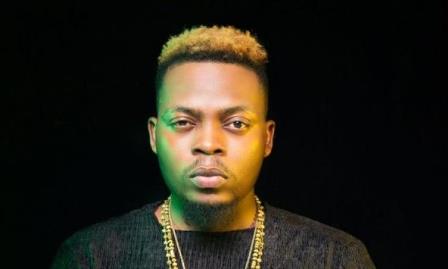 Below are well known personalities and celebrities from Ogun state.

Chief Olusegun Aremu Obasanjo, GCFR who was born on the 5th of March 1937 is the most popular person from Ogun state. He is a Nigerian military man and a political leader.

He has served as the head of states for the Military from 1976 to 1979 and he later became the President of the Federal Republic of Nigeria from 1999 to 2007 from the People’s Democratic Party of which he was a member.

He was born in Ogun State in the village of Ibogun-Olaogun to a farming family of the Owu tribe of Yoruba. His education was majorly in Abeokuta, Ogun State.

Another well-known personality from Ogun state is a Nigerian Prophetic pastor, Tunde Bakare. He was born a Muslim, but he converted to Christianity in 1974. He established his law firm called Tunde Bakare & Co., also known as El-Shaddai Chambers, in October 1984.

Although, he was called into ministering at the peak of his legal career in which he established The Latter Rain Assembly, also known as the End-Time Church, on the 1st of April 1989. He is currently the Serving Overseer of the church.

Tunde Bakare was said to have been arrested in March 2002 after he preached sermons to criticise the then president, President Olusegun Obasanjo. He ran for presidency with Muhammadu Buhari in 2011 but did not come out victorious. The Guardian describes him as the most influential pastors in Nigeria.

Shina Peters was born on 30th of May 1958 is a very popular musician from Ogun state. He is a Nigerian Juju artiste. His full name is Oluwashina Akanbi Peters and his origin is from Ogun State in which he began his music career.

At a very young age, he began singing under the name of Olushina and His Twelve Fantastic Brothers. He was self-taught in the area of piano playing and he later joined Ebenezer Obey’s music band.

After he left Ebenezer’s band, he joined Prince Adekunle’s and was a guitar player for the band. Adekunle’s band played in different places such as Palm Beach Hotel, Executive Hotel and Western Hotel.

Anytime Adekunle fell ill, Shina would take over as the lead singer. He later left Adekunleto form a band called Shina Adewale with another Juju master known as Segun Adewale but they split not long later. Then Shina Peters went ahead to form his own band which he calls Sir Shina Peters and His International Stars.

Toyin Sokefun-Bello, popularily known as TY Bello, is a Nigerian artiste, photography, songwriter and philanthropist. She was born in Ogun state and attended the Univeristy of Lagos where she studied Economics.

She was formerly a member of a band now known as defunct gospel band Lush before she started her career alone. She is a member of the Nigerian photography collective, Depth of Field. Her singles include “Ekundayo”, “Greenland”, “This Man”, “Funmise”, and “Freedom”. She is a top celebrity from Ogun state.

He is nicknamed the Chief Commander. He is a Nigerian Juju artiste. Ebenezer is of the Egba-Yoruba tribe background in Ogun State. He started his music career around middle of 1950 after he moved to Lagos.

He formed a band known as The International Brothers in 1964. The band later changed name to Inter-Reformers in the early 1970s. He is a well-known musician from Ogun state.

Olamide Adedeji a Nigerian hip hop artiste is the most popular musician from Ogun state. He sings mostly in Yoruba which is his native tongue. He released his first album Rapsodi under the Coded Tunes label in 2011.

He followed up with YBNL which was released under his own label YBNL nation. The album released some singles such as Stupid Love, Ilefo Illuminati, First and Voice of the Street. His third studio album was released on 7th November 2013 which was Baddest Guy Ever Liveth.

The album songs include Durosoke and Yemi, My lover. He became the first Nigerian to get an endorsement deal with Cîroc on the 17th of July 2013.

Olanrewaju Ogunmefun, who is known as Vector, is a Nigerian rapper and songwriter. He has released three studio albums. When his fans were anticipating his second album, he released a mixtape named Bar Racks. His song, Lafiaji was released in December 2016.

He released another mixtape in October 2018 titled The Rap dialogue in order to keep the Nigerian hip-hop spirit alive. He was born in Lagos state although his origin is from Ogun State. He is another popular Nigeria hip hop artist from Ogun state.

Ronke Odunsanya is a Nigerian Yoruba actress, film producer and stage performer from Ogun state. She was born in Ogun State on May 3 and she attended St. Benedict Nursery & Primary School and Federal Government Girls College, Akure, Ondo State.

She had her tertiary education in Olabisi Onabanjo University graduating with a Mass communication degree.

Idowi Philips was born on the 16th of October 1942 in Ijebu Ode, Ogun State. She is a veteran actress. Her stage name is Iya Rainbow which comes from the Yoruba meaning “Osumare”.

Also, on the list of personalities from Ogun state is Kemi Adeosun who was born in 1967 in London to Nigerian parents who hail from Ogun State.

She was the former Finance Minister of Nigeria and the former chairman of the Board of African Export and Import Bank.

There are even many more celebrities from that state. This just goes to show that Ogun state has the most celebrities originated.