Igbo people are known to be rich, highly successful and hard working. Entrepreneurial spirit is one of the core features of Igbo people. 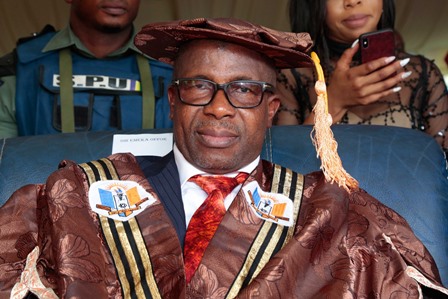 Most of the top richest men in Igbo land are big time entrepreneurs and business owners. Who is the richest Igbo man? This question has generated many debates and arguments.

This is not surprising because of number of billionaires in Igbo land.

Making the list of highly richest Igbo Men is not easy because of the high level of financial success achieved by Igbo people.

Whenever list of richest men in Igbo land is mentioned, it generates lots of reactions for obvious reasons.

To eliminate doubts, richest Igbo men with verified net worth will be discussed in this write up.

In this post we have decided to come up the list of richest Igbo men and their net worth.

These richest men in Igbo land are rated by their assets and investments.

Below is the roll call of top richest people in Igbo land, one of the three major tribes in Nigeria. This is the current list of richest men in Igbo land.

He also owns oil blocks in San Tome and other African crude oil producers. He is also one of the biggest government contractors in Nigeria.

Arthur Eze who was born in 1948 is a renowned philanthropist and is estimated to worth around $20 million according to Forbes. The Ukpo town native billionaire is ranked as the richest Igbo man.

On the list of richest men in Igbo land is another Anambra billionaire, Sir Emeka Offor. The Oraifite philanthropist is an oil magnet and astute businessman.

He is the founder and chairman of Chrome group, a conglomerate with activities in oil, power, broadcasting, telecommunications and logistics.

Emeka Offor is one of the wealthiest and most influential Igbo men. He also owns one of the major electricity distribution companies in Nigeria, Enugu Electricity Distribution Company (EEDC). No doubt, the kindhearted billionaire deserves a place in the list of richest Igbo men.

The former governor of Abia state and current serving senator Orji Uzor Kalu is also rated one of the topmost richest men in Igbo land.

He is the founder and CEO of Slok Group, a business conglomerate with interest in media, logistics and shipping line.

The former governor is standing trial for embezzlement of over N5 billions of public funds. He is highly regarded and respected as one of the richest people in Igbo land.

Another man making the list of richest Igbo men is a renowned banker and business mogul, Tony Elumelu. Tony is the highest shareholder in United Bank for Africa (UBA).

He also partner top telecommunication company in Nigeria, MTN. The Anioma born in Delta state is reported one of the very rich Igbo men.

The former governor of Anambra state, Mr. Peter Obi is also regarded among the richest Men in Igbo Land with net worth estimate of $15 million.

The renowned entrepreneur inherited million-dollar worth of business from his parents and has expanded his business boundaries to be rated among the richest and wealthiest men in Igbo land.

He is the biggest shareholder in Fidelity bank. He also owns Next, one of the biggest one stop shop outlets in west Africa.

He is also a major shareholder and partner of Intafact, makers of beverages like Hero beer, Beta malt etc. Peter is a great philanthropist and very down to earth.

The company is listed in London and Nigeria stock exchange. Dr. Bryant is highly rated in Nigeria oil and gas industry.

He is one of the richest people in Igbo land. The billionaire is a native of Uli in Anambra state.

The top  CEO is estimated to worth over $5 million both in assets and cash.

He hails from Agbor in Delta state. Jim Ovia also has history with one of the best banks in Nigeria, Zenith bank. He also owns investments in the ever-growing Nigeria telecommunication industry.

The chairman of Zinox Technologies, Leo Stan Ekeh is up there with the Igbo richest men. His tech company is manufacturer of high rated computers and electronics gadgets.

The chairman of Orange Drugs Limited, Chief Tony Ezenna is one of the wealthiest men in Igbo land.

The Imo state native is highly rated and runs a high performing pharmaceutical company in Nigeria. He is rated as a very rich Igbo man.

The list of richest men in Igbo land won’t be complete without mention of chairman and CEO of Coscharis Group, Cosmas Maduka.

He controls a business conglomerate with activities in automobile, beverages and agriculture.

The Nnewi billionaire who had a very humble beginning is ranked among the richest Igbo men in Nigeria.

Who is The Richest Man in Igbo Land

For years running, one Igbo billionaire from Anambra has maintained the rank of richest Igbo man.

He is the founder of oil and gas exploration company, Atlas Oranto petroleum with activities in most west African countries.

He is also a top government contractor in Nigeria and renowned philanthropist.