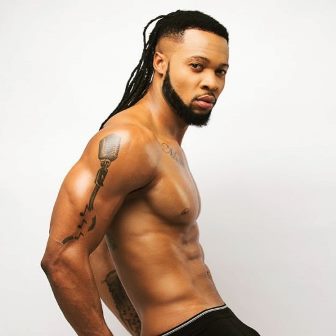 Some of Nigeria biggest music artists have made name across the globe because of their artistic works.

Likes of Wizkid, 2Face and Don Jazzy can be adjudged to be the face of current Nigeria music industry.

Also, afrobeat and highlife songs from Nigerian musicians are making moves across Africa and world.

Making good music not only brings a lot of fame but financial break through as well.

In this article, Nigerian Informer will be discussing top richest Nigerian musicians.

Wizkid became fans favorite and popular with his hot single “Holla at Your Boy” which he released under Empire Mates Entertainment (EME) owned by popular Nigerian singer Banky W.

Wizkid is the first Nigerian musician to hit over 1 million Twitter followers. In 2013 after artistic disagreements, Wizkid left EME to form his own record label known as Starboy Entertainment.

He is currently regarded as Nigeria biggest artist. He has three solid music albums and numerous singles with some of Nigerian, African and global finest musicians.

The handsome singer has multiple awards to his collections. He has endorsed top multinationals firms & brands in Nigeria like MTN, Pepsi, Guinness and GLO.

Wizkid is estimated to worth about N8 billion.

He was raised in Lagos. OBO as also called, announced his emergence in Nigeria music industry with his hot single “Dami Duro”.

Davido was born into a very wealthy family, Adeleke Family in Osun State. His dad is a business mogul while the mum is a university lecturer.

Davido abandoned his university education in US and started making music after he moved to London.

Davido had made a lot of good songs and have worked with some of world biggest artists.

He has three solid albums and has endorsed many big brands and products like MTN, Guinness Nigeria, Infinix Mobile.

OBO has numerous awards to his collections and is estimated to worth around N7 billion.

Don Jazzy was born Micheal Collins Ajereh, in 1982 at Abia state Nigeria. He had his education at Lagos and Edo State.

He started out his music career as a music producer and formed a record label, Mohits records with D’banj.

He will later breakaway and form his own record label, Mavin Records. Don jazzy moved from being a producer and backup singer to on stage performer.

He has produced many songs and has some hot singles to his credit. He has endorsements deals with Samsung and Loya Milk.

He is one of biggest brand in not just Nigeria but Africa. He is estimated to worth over N6.5 billion.

Paul Okoye also known by his studio name rude boy is a brother and member of the defunct singing duo, Psquare.

The Anambra native singer alongside his brother, has six good music albums. As Psquare, they both picked up many endorsements and awards.

After some disagreements, Paul and his brother Peter went solo and pursued their careers.

Paul has continued making good music and attending top shows. He is estimated to worth over N4.7 billion.

Flavour was made popular by his hot single Nwa Baby. He was born on 1983. Flavour was born and raised in Enugu state Nigeria.

He is one of Africa finest singers. Flavour is one of most accomplished Nigeria musicians and has released four albums.

He has corroborated with many top musicians across Africa. He signed a Liberian visually impaired teenager Sema G to his record label.

Some of his popular songs includes Oyi and Adamma. Flavour is estimated to worth around N4 billion.

Innocent Idibia is a Nigeria RnB singer who hails from Benue State in Nigeria. He is known by his stage name 2Face.

He was brought to limelight by his popular track African Queen. 2Face was a member of Nigeria popular music group, the Plantashun Boiz.

He is also known as 2baba in some quarters. He was born in September 1975. He has eight music albums with numerous singles.

He has featured many top music artists. 2Face is married to Nigerian model and actress, Annie Idibia.

The tall Nigeria music legend is also an activist. He started out his solo music career under Kennis Music before setting up his Hypertek Records.

He is one of most decorated and awarded African musician. 2baba is estimated to worth around N4 billion.

Olamide Adedeji is a Nigerian rapper known as Olamide or Badoo. He was born on 15 March 1989.

His arrival in Nigeria music scene was announced by hit single “Voice of The Street”.

Olamide who was born in Lagos is one of Nigerian’s most successful rappers. His record label is known as Yahoo Boy No Laptop (YBNL Nation).

Badoo has 7 studio albums and 2 corroborative albums. He is estimated to worth around N3.8 billion.

Olubankole Wellington known as Banky W was born in the year 1981. He is a musician, actor and politician.

He owns one of Nigerian’s most popular record label Empire Mates Entertainment which produced the likes of Wizkid and Skales.

Banky W is married to a model and actress Adesua Etomi. Banky W has four studio albums and is credited to have groomed Wizkid during his days at EME.

Bank W is estimated to worth over N3 billion.

Peter Okoye, one of member of former music singing duo Psquare is known by his solo stage name Mr. P.

Since going solo, the energetic singer and dancer has released some hot singles like “Reason with Me”.

During his days at Psquare, he and his brother, recorded tremendous music successes and signed multiple endorsement deals with likes of Glo.

Mr. P is estimated to worth around N2 billion.

Timaya is one of Nigeria most successful and richest musicians. He was born Inetimi Timaya Odon on August 1977.

He is the CEO of Dem Mama Records and have seven wonderful albums to his credit. His track Timaya brought the dark-skinned singer and song writer lots of fame.

He currently lives in his mansion at Lekki. He has three children with his baby mama.

Ekperi Papa 1 of Bayelsa as also known is estimated to worth around N2 billion.