There are many reports on richest Nigerian states making round the online community and the internet. 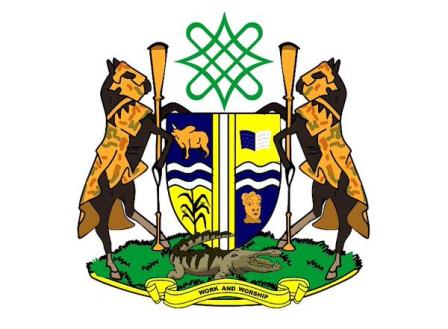 However, not many of these reports are factual and up to date. In a bid to keep our audience informed and up to date on the richest states in Nigeria, Nigerian Informer have obtained the Nigeria states internal generated revenues for the full year 2022, from National Bureau of Statistics (NBS).

In finding the ten richest states in Nigeria, we looked at ten states with highest internally generated revenues.

This report is shocking as there are many popular misleading beliefs on which Nigeria states that makes and generates more revenues.

This blog post will be looking at ten Nigerian states with biggest internally generated revenues.

These are the state we consider the top ten (10) richest in Nigeria.

The major parameter we used in ranking the richest states in Nigeria is internally generated revenues (IGR). Also, we considered states that received 13% oil derivation revenues as well.

It is not Surprising to see the commercial capital of Nigeria, Lagos state, lead the list of top richest Nigerian states.

It is one of the most populous cities in Africa and is home to majority of multinationals operating in Nigeria.

It is also the commercial hub of Nigeria as some of the biggest markets in the country can be found in Lagos state.

The State is home to some of the world top oil and gas engineering companies like Agip, Saipem etc.

FCT houses majority of Nigerian government parastatals and agencies. It is also a state rich in hospitality industry.

Ogun State is one of highly industrialized states in Nigeria. This may not be unconnected to its proximity to Lagos state.

The state accommodates some of Nigeria’s top manufacturing firms. According to Nigeria Bureau of Statistics, Ogun state Internally generated revenues stood at N70,922,599,495.89 for the year 2022.

On the list of ten richest Nigerian states is another top oil producing state in Nigeria, Delta State.

The state has the second highest number of oil wells in Nigeria and is bordered by highly commercialized city of Onitsha in Anambra State.

One of the few surprises on the list is Kaduna State. The northern state is home to some federal government agencies and houses Nigeria military and paramilitary training schools.

The state is led by a very financial prudent governor, Mallam Nasir El Rufai. The state is sixth on the list of ten richest Nigerian states with an internally generated revenue of N44,956,576,583.38.

The state is an oil producing state and is home to ExxonMobil, one of the world largest oil and gas engineering company.

Enugu State is the only southeastern state to make the list with an internally generated revenue of N31,069,466,913.00.

The state is business friendly state and has some manufacturing firms operating in the state.