Uses and gratifications theory is one major theories every communication student is expected to be conversant with. It is one of media effect theories. Position of the theory is that people use media for different reasons in order to satisfy different needs. 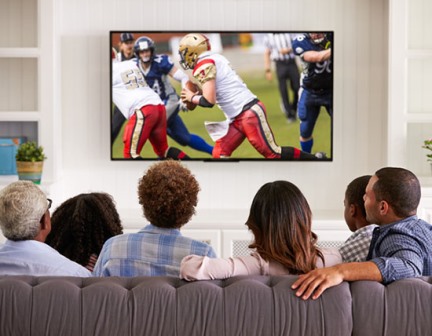 Every media message has an intended audience, what the audience do with the media contents is based on the gratification he or she sought to obtain. The needs of users /consumers of media messages is categorized into four

people use the media as an escape, especially after they might have encountered a very long stressful day, media can be used to cool off and regain stress free state.

People who are going through some tension and stress maybe as a result of work can use the media to escape from such likewise those who had had a long day at work who might wish to relax and ease off the stress.

Some people tends to relax while listening to radio or watching soap opera shows or even when browsing through the internet. So the need to ease off some tension and stress is one of the major reasons people choose or go for a particular media.

People tends to go for a particular media so that they will share a social circle with either family members or friends. The need to socialize can make one devulge in a particular media. Example some audience might dash into a football viewing center and follow a football game knowing fully well that it will aid his soccer debate among friends. These days everyone wants to get on Facebook and Twitter so as to catch up with friends and family too.

One of the functions of mass media is that it imparts education, knowledge and gives information. The above being the case, people selectively choose the media where they acquire knowledge and get informed about a particular issue or event. For instance, an audience who tune into a health talk TV show might be doing so as to get more education concerning heath related issues.

People use a particular media in order to fill some emotions. We are in the era of high viewing of Telemundos and soap operas, the audience of these media are out get some emotions fulfillment. Often times, while viewing these shows the users burst into tears.

Often times, users of the media messages go for media that improves their self-esteem. People use the media to improve and maintain their status in the society. Example after viewing a car advert on TV, one might decide to acquire the car in such way feel, he is on right track in the society and following the latest trends in cars thus he is up-to-date with the latest cars, hence the media helps them achieve this.

Some communication scholars also argued that Uses and gratifications theory is too broad to be considered a theory insisting that the theory does meet the standards needed to be a theory rather it should be seen as an approach to research.

To some others, the theory is more audience centered and different individuals can derive different gratifications while accessing the same media. Example, a news program might serve as tension escape for a particular user while to another user it fills his information needs.

Despite the criticisms, uses and gratification theory tends to be more relevant in the communication field today at there are various social media, TV stations, radio stations from which an individual chooses from or engages on and this help drive home the position of the theory.

It is important to note that satisfaction derived from particular media is subjective. The media is same but the users are different and use it for different purposes. while an audience might watch football match and get escape another be irritated by a football match. In other words, if audience of different ages are exposed to a particular media, their gratifications is bound to be different as satisfaction and fulfillment of needs will be individually based.