This article will seek to explain in simpler terms and languages who gets to take custody of a child or children after divorce in Nigeria. 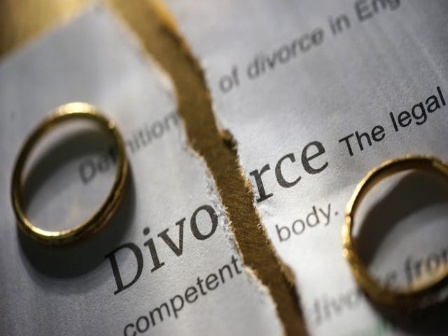 Most times, the biggest losers in a divorce are the children or child who are starved of complete parental bonding.

Before, during and after divorce, divorced couples always struggle over who gets custody of a child or children.

This is a big deal as child custody means a lot to both parents.

This post will discuss the position of Nigerian law on child custody after divorce.

What Nigerian law says about custody of a child or children after divorce would help give a parent or parents an idea of what they would most likely get when they approach a court to decide on the custody of their child after divorce.

Position of Law on Child Custody After Divorce in Nigeria

The child custody after divorce in Nigeria primarily rested on the best interest of a child.

What this means is that what the court in Nigeria will use to determine who gets custody of a child after divorce is what is the best for child and not necessarily the gender or parents of the child.

Here is the two major reason courts in Nigeria award custody to a particular parent.

There is no static parameters of what constitutes the interest of child in divorce.

Interests of a child varies from one case to another depending on circumstances surrounding the case and divorce.

Only the court in its wisdom will determine what constitutes the interests of the child and award custody accordingly.

There are certain factors which the court can look at in a bid to determine the interest of a child and award custody too.

Some of these factors includes but not limited to:

Age of the Child

Age of a child is factor the court will use to determine the interest of a child in award of custody.

However, the fact that a child/ children is too tender does not necessarily mean court will give custody to their mother.

Nevertheless, if the court deems it appropriate and of best interest of the child they will do it.

Sex of the Child

Sex of a child can as well form part of factors to look at when determining the interest of a child in award of custody after divorce.

There is a general notion and feeling that girl child should be in care of mother while the male child be with the father.

But the court is not under obligation to award custody based on this public notion but will determine what is the best for the child.

Wishes of the Child

Another factor the court looks at in determining the interest of the child and onward award of custody is the wishes of the child.

This is more obtainable if the child has attained certain age where she or he can express his/her wish.

The court in this factor usually acts with caution as the child’s wish might have been influenced by either parents.

The court also look at this factor in award of custody alongside the report of welfare officer.

Conduct of Parents or Parties

The court is within its right to look at the conduct of the parties in a bid to determine the best interests of the child.

Role of a party towards breakdown of marriage will not be considered as conduct of the party and so, a party would not be deprived of custody simply because of his or her role in breakdown of the union.

Education and Religion of the Child

In determining the best interest of a child in other to award custody, the court will as well look at the decision that will protect the education and religion of the child.

Nationality of parents wouldn’t matter as court would not discriminate between a Nigerian and non Nigerian Parents in the award of custody.

Other factors that the court look to in ascertaining the interests of the child includes:

Proper Arrangements for the Child

These are some factors that come in to play when court is determining the best interest of a child in for award of custody in a divorce case.

2. Discretionary Powers Of The Court

The court in its wisdom and discretion can award custody of child to either parents or third party based on information available to it and what it deemed best for the child.

The court has the power to use it discretion to award custody of child to any party it deems fit that will best protect and ensure the interest of the child.

In most cases the court act on its discretionary power in knowledge of the report of welfare officer.

The above are two major grounds upon which the court in Nigeria awards or give custody of child after divorce.

There are different and varying custody order the court may make in Nigeria.

Whichever custody order the courts makes or institutes, the interests and welfare of the child will be the major issue it is out to protect.

Here are different types of custody order one can pursue in court in child custody case.

This is the type of custody where the child lives with each parent part of the year with reciprocal visitation privileges.

Whenever the child is in custody of one of the parents, he or she has complete control over the child.

In this type of child custody order,the court grants custody to one parent and care and control to the other.

What this entails is that the parent vested with custody has the power to control the major decisions of the child’s future while the other parent controls the day-to-day physical upbringing and training of the child.

Joint custody had to do with both parents sharing responsibility and authority with respect to the children.

This may involve joint “legal” custody and joint “physical” custody.

The effect of this is that both parents are involved in the physical sharing of the child as well as participating in decisions affecting the child’s life such as education, medical problems etc.

The cooperation of both parents must be needed before court can institute this type of custody.

Otherwise,this custody wouldn’t yield desired results which will affect or harm the interests of the child.

Temporal custody is the type of custody where custody of a child is awarded to a parent temporarily until the case of separation or divorce is concluded or decided.

This is the type of child custody where the court gives custody to someone (third-party) other than any of the parents of the child.

In most cases it is usually on interim or temporal basis.

The court mostly considers this type of custody if it is of the child’s best interest.

End Note on Child Custody in Nigeria After Divorce

This post doesn’t stand in as legal advice or guide on child custody in Nigeria.

Those seeking custody in divorce should hire services of legal practitioner who will best represent their interests and offer professional advices and guide.

For wider views, opinions and position of Nigerian law on child custody after divorce click here.