Zlatan Ibile is a popular Nigerian song writer, singer and dancer who was born Omoniyi Temidayo Raphael on December 19, 1994. 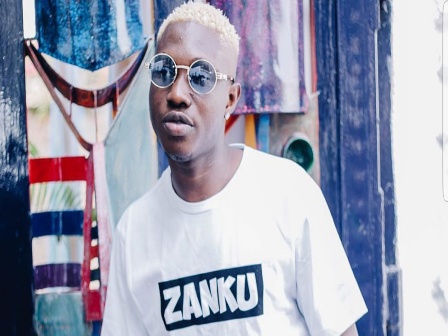 In an interview, the enigma dancer noted that he has been doing music since his secondary school days.

One of the highs of his music career came when he He won the Airtel-sponsored “One Mic Campus Tour” music competition, which was held in Abeokuta, Ogun State.

Zlatan Ibile’s Zanku song track made waves in Nigeria. The song was accompanied by a perculiar dance moves.

Zlatan Ibile is currently worth around N200 million.

He has launched his own record label, Zanku Records which has three artists Papisnoop, Oberz and Jamopyper in its ranks.

Other people signed to Zanku Records are Manager Jiggy who is Zlatan Ibile’s manager, Rexxie, his music producer, Biesloaded, a PR consultant.

The Zanku master has always taken to social media to announce his fleet of cars.

Zlatan Ibile has three (3) Mercedes Benz cars and a Range Rover in his fleet of cars.

The Nigeria popular musician, Zlatan Ibile announced on social media his acquisition of a multi million mansion at Lekki, Lagos.

The house is adjudged as one of the most luxurious homes in the neighborhood.

On 1st of November, 2019, Zlatan Ibile released his one and only music music album titled “ZANKU”.